Structure the tasks of your project in lists. A task can be in several lists at the same time.

Written by Lucas Bauche
Updated over a week ago

To easily organize tasks in projects, create task lists in the Tasks tab and the Lists view. In the lists, you're able to create multiple tasks to be grouped together.

There are three ways to create a new task list in a project.

Alternatively, edit the order by clicking on the list icon Manage task lists in the upper left corner. In the window that opens, you can see all the lists and move them in their order by drag & drop.

Add or move tasks to lists

A task can be in several lists at the same time, or in no list. However, it always remains the same task. For example, if it is completed, it will be displayed as completed in all lists.

When you create a new task from the task window, you have an Add to lists field that allows you to select the lists in which the task should appear.

This can also be done on existing tasks or in the task details using the Lists field.

You can also create a new task directly via the Add task row of any list.

If you hover between two tasks with the mouse pointer and click on the text Add task here, you create tasks between existing tasks in the list.

☝ Hint: You can also move single tasks to another project. To do this, simply edit the task via the action button and change the project there.

You can drag and drop tasks between lists, or simply change their order.

If you move a task between two lists, awork will ask you at the bottom of the screen if you want to move the tasks or just additionally see them in the new list. By confirming, the task will appear in both lists.

Some actions can be performed directly in lists. It's possible to

As soon as the mouse pointer is moved over a list, it shows the current progress. This can be displayed in two ways. The change is done by clicking on the progress:

Hide the tasks of a list by clicking on the arrow icon in the top right corner of the header.

If you don't want to show the whole list anymore, you can delete or archive it. For that, click on the action button in the list.

If you choose the Archive option, the list will be hidden. However, only lists that don't contain any open tasks can be archived. If there are still open tasks in the list, you will get the following options for handling the tasks:

On large screens, your task view expands to include multiple columns that give you even more information at a glance. 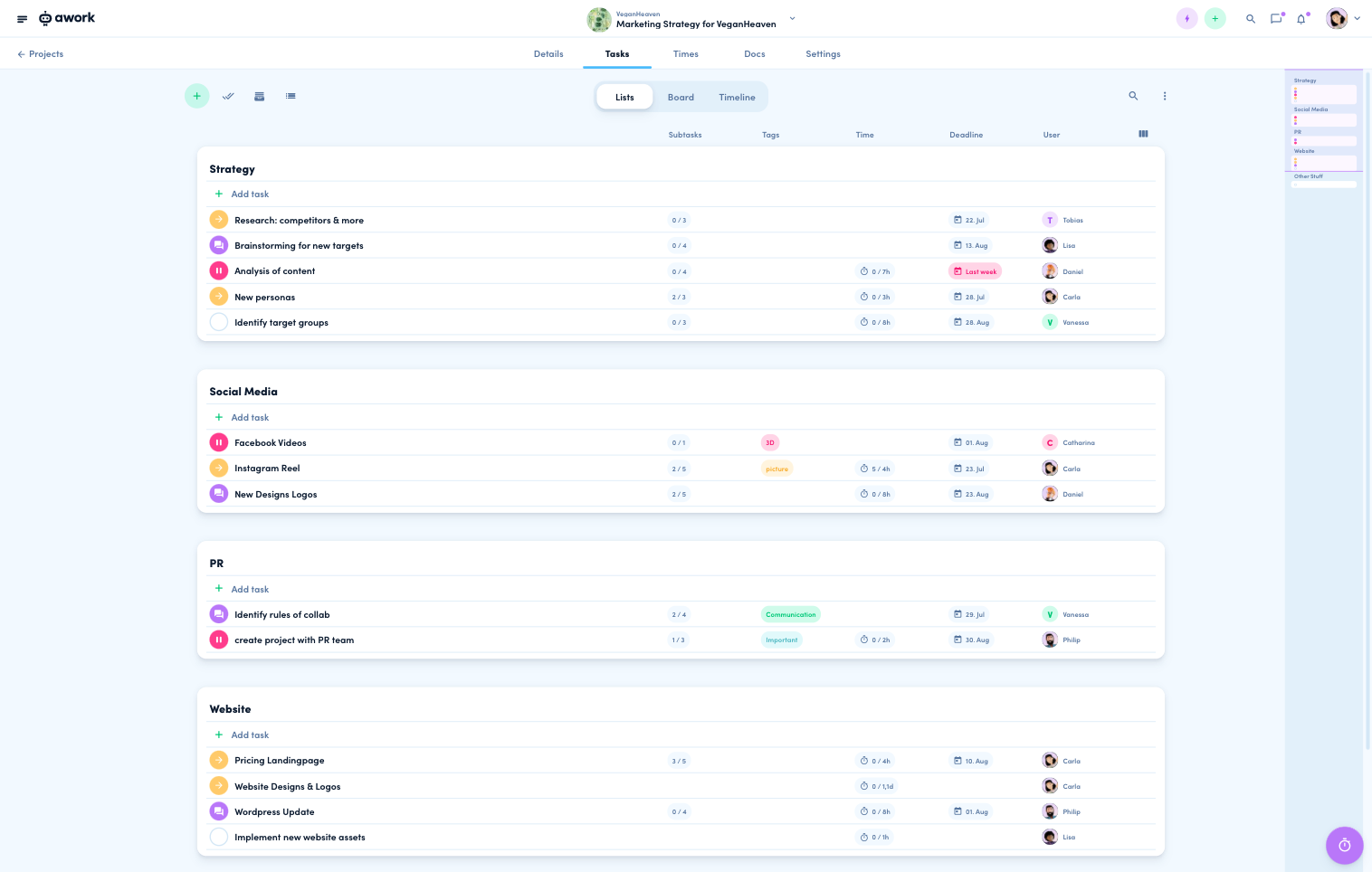 In addition, a mini map is displayed on the right side of the screen, which shows a bird's eye view of all tasks and lists. Here you can quickly see where you are with your view and can scroll to the task lists by clicking on the respective area of the mini map. 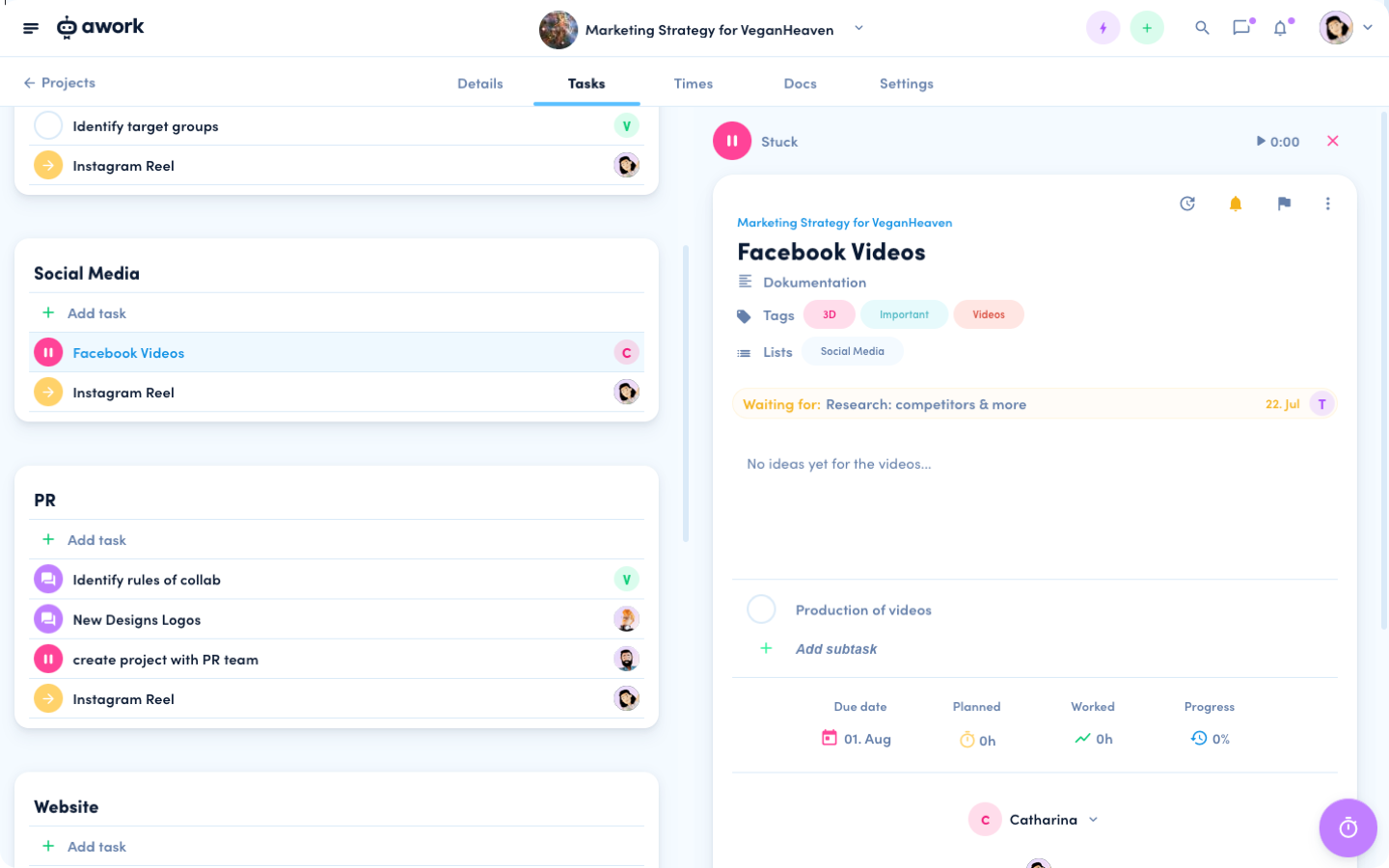 To open the detail view, click on the task name in the list, then the task opens on the right side. If your awork window is too small for the split view of lists and details, you will automatically navigate to the task details.

Edit multiple tasks of a project at the same time and, for example, move them to another project or delete them. Learn more about editing multiple tasks at once.